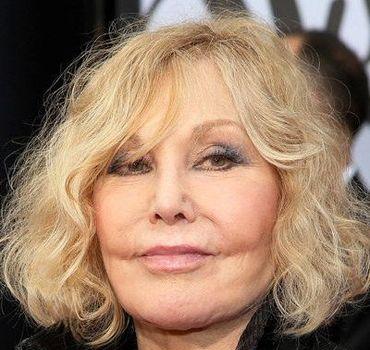 During school life, Kim Novak did modeling for a local departmental store.   As she was a good painter, she got a scholarship to the Art Institute of Chicago but she dropped her studies and joined Wright Junior College. Kim and two of her classmates decided to go to Los Angeles and auditioned to be an extra in a movie called The French Line (1954). An agent noticed about Kim's striking beauty arranged a screen test with Columbia Pictures and Kim was signed to a contract. Kim debuted with the detective drama Pushover (1954) with Fred MacMurray, followed by the comedy Phffft (1954) with Jack Lemmon and Judy Holliday.  In 1955, Kim grabbed a Golden Globe nomination for Most Promising Newcomer. The Same year she appeared in three films such as Against the House, Man with the Golden Arm and Picnic which is considered as Kim’s breakthrough film. In 1957, Kim appeared as Linda English in the hit movie Pal Joey with Frank Sinatra and Rita Hayworth. The film performed well in box office but failed to win the critic’s hearts. Next year she appeared in the Alfred Hitchcock film Vertigo (1958), which is still considered as a classic. Her other acting works for that year were the supernatural comedy Bell Book and Candle (1958), was a modest success, but her follow-up Middle of the Night (1959) was not praised by critics. As her career began to fade, she was shadowed by the rise of new stars. In early 1960’s she appeared in only a few films such as Strangers When We Meet (1960), Of Human Bondage (1964) and Kiss Me, Stupid (1964). In 1965 she was casted in the leading role on The Amorous Adventures of Moll Flanders and she married co-star Richard Johnson.  However, their marriage lasted for 13 months only and they remained as good friends.  She then disappeared from the screen for a while. She made her come back in 1968, starred in The Legend of Lylah Clare which had a limited release. The film was declared flop. Following year she did some films such as The Great Bank Robbery (1969), The Third Girl from the Left (1973), Tales That Witness Madness (1973), Satan's Triangle (1975) and Just a Gigolo (1978), her last film for 1970’s which also tagged as a flop. During the decade of 1980, she appeared in only one film The Mirror Crack'd (1980) and it failed to emerge her career. She then moved towards television gigs. She appeared in such television gigs like Malibu (1983), Alfred Hitchcock Presents (1985) and Falcon Crest (1981). She again made her come back in The Children (1990) and gave the splendid performance. Her last film till date was Liebestraum (1991). Since then she has ruled out many plans for her come back and said that she isn’t cut out from Hollywood life.

While talking about Kim’s personal life, it has been the contrary to her career. In 2010, she had been diagnosed with breast cancer. Since 1976, Kim is enjoying her happily married life with Robert Malloy, a veterinarian. At this moment, Kim Novak age is 84 years old.

Kim Novak is also an accomplished artist who expresses herself in oil paintings and sculptures. A Kim Novak measurement is 36-25-35 according to a U.S blog. Her bio and profile have been featured on many celebrity portals.