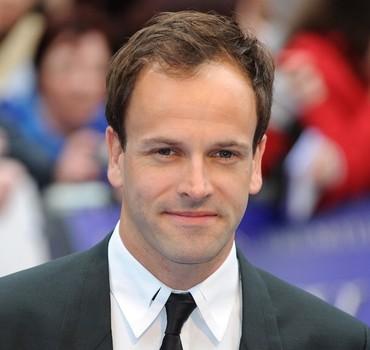 Jonny Lee Miller was born on 15th November 1972 in Surrey, England. He is an English film, television and theatre actor. His birth name is Jonathan Lee Miller. He is mostly known as Jonny Miller. During his career, he featured and performed to numerous theatre shows and television shows. After doing several hits,  Jonny Lee Miller net worth is accumulated somewhere around 10 million US dollars. Sherlock Holmes role player, Miller is also much popular for the relationship with Angelina Jolie. Jolie is a very much successful actress of Hollywood and counted amongst the sexiest women. But this relationship lasted just only for three years.

Jonny Lee Miller is the son of Anna Lee and Alan Miller and was raised in the south west of London. His parents along with grandfather, Bernard Lee, were active in Theatre shows and they influenced him to start acting. So, after attending Tiffin School as a child, he started to appear in several school plays such as The Ragged Child and Tiffin Swing Band. Then after the age of sixteen, he completely focused on acting. He was a shy guy in his high School but after a hard work and parental support, he managed himself to be well settled in the film industry. Making a debut in television, he appeared In BBC series Doctor Who at the age of eleven in 1982 episode Kinda. Slowly and gradually, he started appearing in various television and theatre shows. He did some shows before 1995 but was not so popular and successful in acting however after he starred to Hackers (1995), with Angelina Jolie, the silverware in acting started to begin. He has spent 20 years in filmography. Some of his great and popular movies are: Hackers (1995), Trainspotting (1996), Dead Man’s Walk (1996), Regeneration (1997), Love , Honour and Obey (2000), The Flying Scotsman (2006: nominated- BAFTA Award for Best Actor in Scottish Film and London Film Critics Circle Award for Best British Actor of The Year), Dark Shadows (2012) and Byzantium (2012). The recent Jonny Lee Miller movie is T2 Trainspotting. He has appeared in several theatrical productions, including, After Miss Julie (2009) and Frankenstein (2011: earned an Olivier Award for Best Actor). He also appeared in several television shows, such as, The bill (1991 and 1993), Smith (2006-2009), Eli Stone (2008-2009: Nominated for Satellite Award for Best Actor – Television Series Musical or Comedy ), Dexter (2010: Nominated for Screen Actors Guild Award for Outstanding Performance by an Ensemble in a Drama Series), and Elementary ( 2012: Nominated for Satellite Award for Best Actor – Television Series Drama and Teen Choice Award for Choice Television Actor – Action )

Jonny Lee Miller is a fan of Chelsea Football Club. He has a hobby to get involved in marathon running. He ran the London Marathon in 2008 in a time of 3hr and 1min.  Regarding his married life, he has married two times. His first wife is Angelina Jolie, whom he met in the 1995 feature film, Hackers. This movie was the successful appearances in film and he started growing high in career after this film. After divorcing Jolie in 1999, he subsequently married to Michele Hicks in 2008.  Jonny Lee Miller wife is also from the same profession and she is a well-known screen actress. He has one son; Buster Timothy Miller, by the biological relationship with Hicks.

Currently, Jonny Lee Miller is running at the age of 44 years old and still looks young.  Jonny Lee Miller height is measured at 5 feet and 11 inches. His bio and profile have been published by many websites including IMDb and Wikipedia.