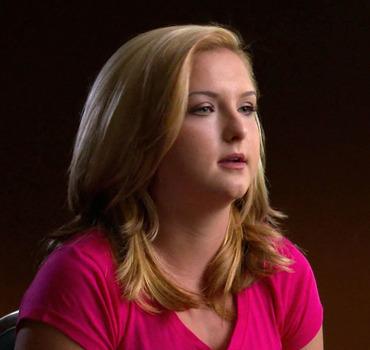 19 years old Hannah Anderson was born on 22nd July 1997. She was kidnapped on 3rd August, 2013 after her cheerleading practice from Sweetwater High School in National City, California. This story is not about Hannah Anderson actress. The suspect from the incident was 40 years old James Lee DiMaggio, a telecommunications technician from Boulevard, California who was said to be best friend of Hannah’s father, Brett Anderson. Christina Anderson is her mother and Ethan Anderson is his brother and their family dog Cali, the bodies of all three was found from DiMaggio’s burned home. All of them including Hannah herself were the overnight guest in his home. He invited them to his home to say goodbye for he was planning to move to Texas. On 4th August, 2013, there was a fire on DiMaggio’s home. On the same day Anderson's grandparents reported to the police that their grandchildren missing, prompting police to issue a statewide AMBER Alert and the first alert sent out to cellphones in California. Hannah Anderson kidnap became one of the challenging cases for police.

Hannah Anderson kidnap story begins with their family friend James DiMaggio who handcuffed her and bound her feet with a zip tie and made her sit on the couch tried to force her to play Russian roulette with his pistol. Teen Anderson said, “He told me he was going to kidnap me and take me to Idaho, where my intention was just to carry his backpacks to the river. And that he was gonna live there. And then he’d get me home afterwards. When it was my turn, I started crying, and like, was freaking out.” He said, ‘Do you want to play?’ And I said, ‘No’. And I started crying, and then he’s like, ‘Okay.’ And he stopped.” James told Hannah her mother and brother both are in another part of the house. But she quickly realized that she was in danger. She heard her brother yelling. Quickly James drugged her; she woke up after an hour in Idaho. When she was conscious he had already killed her mother and brother. Later to hide his crime, he set the home on fire. Then they both ran into the group horseback rider. She wanted to escape but he threatened to kill her. A group of horseback rider saw them along the trail and later alerted the police. The FBI agent shot him by the lake where he had been camping with Hannah. Hannah was also injured. Later when she came back after the incident she tried harder to avoid her interviews, fans and social networking sites but could not. In an interview on 10th October, 2013 with TODAY, Hannah Anderson described about the incident. Today she feels sick and disgusted thinking about James DiMaggio and that incident. She struggled for her life without mother and brother. “I miss them so much that sometimes….. I wait for them to get home and then they’re not there,” she said with tears. Her life was saved because of the rider because she ran into on the trail. “I probably wouldn’t be here right now” without them, she said. At the end of 2013, she launched a book about the kidnap victim’s behavior ‘downright disturbing’ since her brother and mother’s brutal double murder. In May 2015, Lifetime TV network released a TV movie called Kidnapped: The Hannah Anderson Story and it was totally based on the Hannah Anderson kidnap .