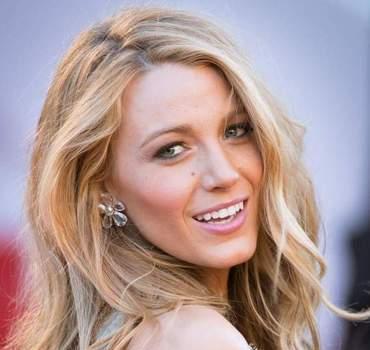 American actress Blake Lively A.K.A Blake Ellender Lively was born on 25th August 1987. She is best known for her role in the series called Gossip Girl. She has also starred in such movies like The Sisterhood of the Traveling Pants, The Private Lives of Pippa Lee, The Town, Green Lantern, Accepted and Savages. Last year, Lively was casted in the film The Shallows. As of this date, Blake Lively net worth is 16 million USD which she has accumulated from her works in films.

Blake Lively started her acting career at age 11, when she was casted in the 1998 film Sandman, directed by Lively’s father. In 2005, she starred in the film adaptation of the novel of the same name, The Sisterhood of the Traveling Pants. In 2006, Lively starred along with Justin Long in Accepted. She did roles in the horror film, Simon Says. Accepted was not well acclaimed by critics, but on the other hand her performance was, earning her a Breakthrough Award from Hollywood Life. In 2007, she did one of the two title characters in Elvis and Anabelle as Anabelle. MovieLine.com praised her performance in the film and regarded it as having been her breakthrough role. She appeared in The CW’s series Gossip Girl which was based on the book series of the same name by Cecily von Ziegesar. It was premiered in September 2007. She portrayed Serena van der Woodsen in the teen drama until 2012 when the show ended. Her first magazine coverage was the November 2007 issue of Cosmo Girl, where she shared her shared her time in high school and her career prior to Gossip Girl. In 2009, she reprised her role in the sequel, The Sisterhood of the Traveling Pants 2. Similar to the first film, Lively was warmly welcomed by critics and audiences. As of November 2009, the film grossed over $44 million at the box office. Lively was featured in the music video for The Lonely Island’s I Just Had Sex together with Jessica Alba in December 2010. In 2012, she was featured in Oliver Stone’s Savages along with Taylor Kitsch, Aaron Johnson, Salma Hayek, and John Travolta. Lively replaced Jennifer Lawrence as Ophelia, the latter dropped out to do The Hunger Games instead. That same year, she was chosen as the face of the new Gucci fragrance titled Gucci Premiere. She did a short film ad directed by Nicolas Winding Refn for the fragrance. Recently she won the award for People’s Choice Awards for her performance in The Shallows so we can say easily she has quite a fan following. Some of recent Blake Lively movies are All I See Is You, Café Society and The Age of Adaline.

As of 2017, Blake Lively age is 29 years old. She is still able to win hearts of many with her looks as she is five feet and ten inches tall. Lively wears 32C bra size. To prove her body measurements of 35-25- 36, you guys can check out some Blake Lively bikini pictures on web and other publications. She married with Ryan Reynolds on September 9th, 2012 and she was wearing a couture Marchesa wedding gown for the occasion. Blake Lively kids with her husband Ryan Reynolds are James and Ines. After her marriage to actor Ryan Reynolds, the couple relocated to Bedford, a suburb in Westchester County, New York.