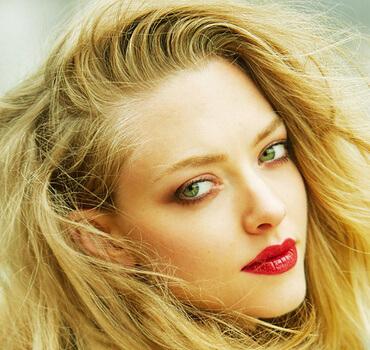 Amanda Michelle Seyfried professionally called as Amanda Seyfried was born on 3rd December 1985 in Allentown, Pennsylvania, the United States of America. She is the daughter of Ann and Jack Seyfried. According to the various sources of 2017, Amanda Seyfried net worth is calculated to be more than 10 million dollars. Her mother is an occupational therapist and her father is a pharmacist. Seyfried is of American nationality and belongs to white ethnicity. She mostly belongs to German descent and has little English, Scots-Irish and Welsh ancestry. Seyfried has an older sister named as Jennifer Seyfried, who is a musician in the Philadelphia organ-driven rock band Love City. She completed her school education from William Allen High School located in Allentown. Later, she enrolled at Fordham University in the fall of 2003 but did not attend after being offered her role in Mean Girls.

By profession, Amanda Seyfried is an American actress, model, and singer. At the age of 14 years old, she began her journey in the field of acting from the small screen show called As the World Turns in the role of Lucinda Lucy Montgomery in 1999. Likewise, she worked on the big screen from the movie Mean Girls as Karen Smith in the year 2004. Some of the notable Amanda Seyfried movies include Nine Lives, Mamma Mia!, Letters to Juliet, Dear John, Jennifer’s Body, Les Miserables, Pan and Love the Coopers. Besides being a wonderful actor, she is also an awesome singer. The song titled as Honey Honey is her first on aired in 2008 and till now she has already sang around 18 songs. She is successful to earn such a great amount of money from television roles, soap opera roles, modeling, films and her singing talent. She is also active in various charities from the year 2011 and also donated in the St. Jude’s Children’s Research Hospital.

Talking about Amanda Seyfried dating life, she has been linked with around a dozen of dashing guys including American actors like Micah Alberti, Emile Hirsch, Dominic Cooper, Ryan Phillippe, Josh Hartnett, Desmond Harrington, Justin Long, Canadian singer Jesse Marchant, Swedish actor Alexander Skarsgard and businessman Andrew Joblon. She was also rumored to be with an actor James Franco. At present, she is a married woman. Amanda Seyfried husband Thomas Sadoski is an American film actor. She has an affair with Sadoski since February 2016. The couple got married in March 2017.

Talking about Amanda Seyfried physical appearances, she has an average height of five feet and three inches. She looks amazing in the perfect body measurement of 36-26-33 inches. Amanda Seyfried feet size is 6.5 according to US measurements. Some facts on Amanda Seyfried can be read in the most visited site Wikipedia and IMDb. Similarly, latest news and updates on Amanda Seyfried wiki can also be found in her official account of various social networking sites like Twitter, Facebook, and Instagram.